Though there are similarities in the European Union and the United States trademark systems (for example, registered trademarks under both systems are valid for ten years), there also are major differences.

This post highlights some of the major differences in the trademark laws between the U.S. and the EU because it is these differences that often cause problems.

Levels of Registration.
The U.S. uses a two-tiered system for trademark protection. Trademark owners may register their mark at the state level or with the federal government through the USPTO. Under the Lanham Act, a federal registration gives the registrant rights throughout the entire US.

Whereas a state trademark registration only protects the trademark in the state where it was registered.

Trademark law in the EU is composed of one system valid throughout the entire European Union. It is not possible to limit the geographical scope of protection of an EU trademark to specific member states.

If you want to register your trademark in a specific country, you must go through the national trademark office of that particular country (i.e., the Spanish Patent and Trademark Office for Spain).

Common Law Trademark Rights or European Trademark Rights.
In the U.S., the user of a trademark may acquire certain common law rights simply by being the first to use the mark in commerce, even without registration. In the EU, trademarks must be registered to receive protection.

Registration Requirements and Use in Commerce.
Trademark rights in the United States are based on use in commerce. There are two types of application: “use-in-commerce” or “intent-to-use.” The application must include the date of the applicant’s first use of the mark and the applicant’s first use of the mark in U.S. commerce. In cases of “intent-to-use,” there must be proof of the use of the trademark when the opposition period is over or the period may be extended up to six months after completion of the trademark process to supply proof.

The EU has no requirement that a mark be used in commerce at the time of the trademark application or registration. This means a European Union trademark can be registered for goods or services even if the owner of the trademark is not using it or has no intention of doing so. However, if an EU trademark is not used for five consecutive years, another party can, by bringing a claim before the European Intellectual Property Office, attempt to get it rendered invalid based on its lack of use.

Differences in Some Important Types of Marks.
The U.S. has different types of marks, one of the most common of which is the standard character mark, also known as a word mark. A word mark protects the wording no matter how the words are displayed. A special form of this is called a stylized font. This mark is considered as another form of a word mark where the text’s font, color, or size is special – or stylized.

The EU does not have stylized font marks. In the EU there are word marks and figurative marks. A word mark is made of words consisting of a set of letters, punctuation or numbers. In the EU, a logo or a stylized word falls under the figurative mark category. The EU has various other marks as well, including 3D marks and phonetic marks, among others.

Protecting your Trademark against Identical or Similar Marks.
n the U.S., the trademark examiner will typically refuse to register a proposed mark if it resembles an already registered mark.
In the EU, it is up to the owner of the trademark to monitor and oppose other applications. It is therefore important for EU trademark owners to closely monitor their trademarks.

Final Thoughts.
Thanks to their many similarities between the EU and the U.S. trademark regimes, the processes are not difficult to figure out. It is though important not to gloss over the differences between these two systems and to understand the system(s) relevant to your marks. 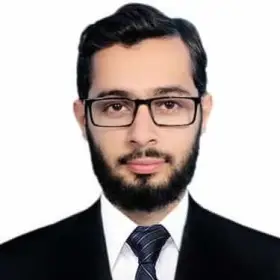 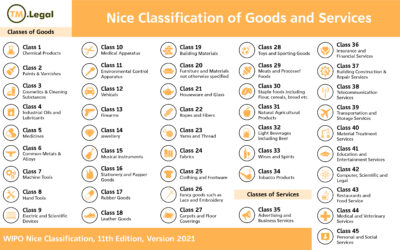 What is Nice Classification?

What is Nice Classification? When applying for a trademark for entry in the trademark register, you must specify the goods and/or services for which...

END_OF_DOCUMENT_TOKEN_TO_BE_REPLACED 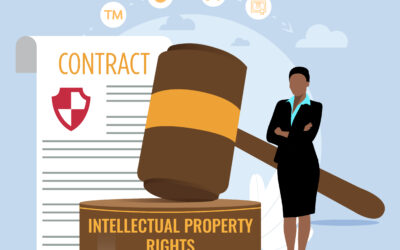 Intellectual property rights are legal rights that provide protection for original works, inventions, or the appearance of products, artistic works,...

END_OF_DOCUMENT_TOKEN_TO_BE_REPLACED

What is the Uniform Rapid Suspension System (URS)?

URS (Uniform Rapid Suspension System) is an inexpensive and fast out-of-court dispute settlement procedure. It is even faster and more...

Register to receive high-quality information about brands, domains and licenses

Thank you for subscribing our NewsLetter!